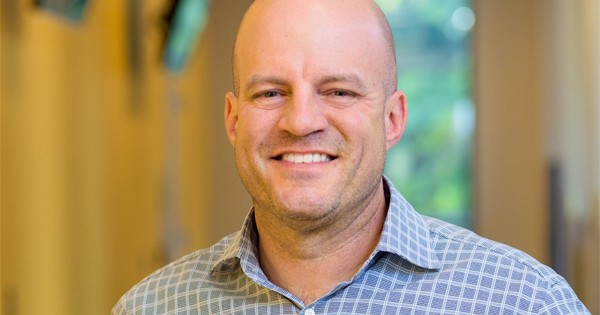 For Darrin Pochan, the semester is off to a particularly productive start. Pochan is chair of the Department of Materials Science and Engineering, within the College of Engineering, at the University of Delaware.

For one, Pochan has been elected chair of the Division of Polymer Physics of the American Physical Society (APS) for the 2017-2018 term.

The APS is the premier professional society for researchers involved in physics within many disciplines. The Division of Polymer Physics is one of 16 divisions within the society.

Pochan has been involved with the Division of Polymer Physics since he was in graduate school, and he has been a member of its leadership since 2009. He has been the program chair of the national APS meeting and a member-at-large of the executive committee.

“I’m looking forward to serving in the leadership position of the division to help guide collaborative work across the disciplines of materials and physics,” said Pochan.

Pochan was also recently named the editor-in-chief of Soft Matter, a journal published by the Royal Society of Chemistry (U.K.). The journal was founded to highlight research that captured interdisciplinary work between physics, chemistry and biology involving soft materials, such as gels, polymers, living cells, solutions of different nanostructures, and even foods such as chocolate and ice cream, said Pochan.

Pochan has been involved with the journal since its inception in 2005. He was the first associate editor hired to handle submitted research manuscripts for the journal.

“Between 2005 to 2017, I was an associate editor and member of the Editorial Board working to grow the journal and turn it into the premier research journal with a focus on soft matter,” he said.

Now, as editor in chief, Pochan will be in charge of working with the international members of the editorial board to identify future directions of the field of soft matter and soft materials.

“It is an exciting opportunity to help lead the board as to development of new areas of materials research and recruit important content from all over the world to highlight in the journal,” he said.

This insight will only serve to strengthen the materials science department at the University of Delaware — which is celebrating its 20th anniversary in 2018.

“Importantly, both positions give me a great perspective to appreciate the excellence in soft matter/polymer research we have here in many departments across UD, including Materials Science and Engineering, Chemical and Biomolecular Engineering, Chemistry and Biochemistry, Physics, and Biomedical Engineering,” said Pochan.

And, of course, there’s the work of Pochan himself. A highly productive researcher with over 125 peer-reviewed research publications, an h-index of 63, and over 200 invited talks internationally, Pochan studies the creation of new materials through the assembly of molecules in solution.  His research group mainly focuses on the design of biomolecules, namely peptides and proteins, for the formation of new nanostructures and materials, including networks and hydrogels for biotechnology as well as future technology. His group also studies the design of synthetic polymers for assembly into exotic, new nanostructures.  Among other accolades, he is a Fellow of the American Physical Society and an NSF Career award recipient.

Pochan joined the UD faculty in 1999 as the fifth faculty member overall and the first Assistant Professor in what was then the new Department of Materials Science and Engineering after a post-doctoral research associate position at the National Institute of Standards and Technology.  He earned his doctoral degree in polymer science and engineering at the University of Massachusetts, Amherst.