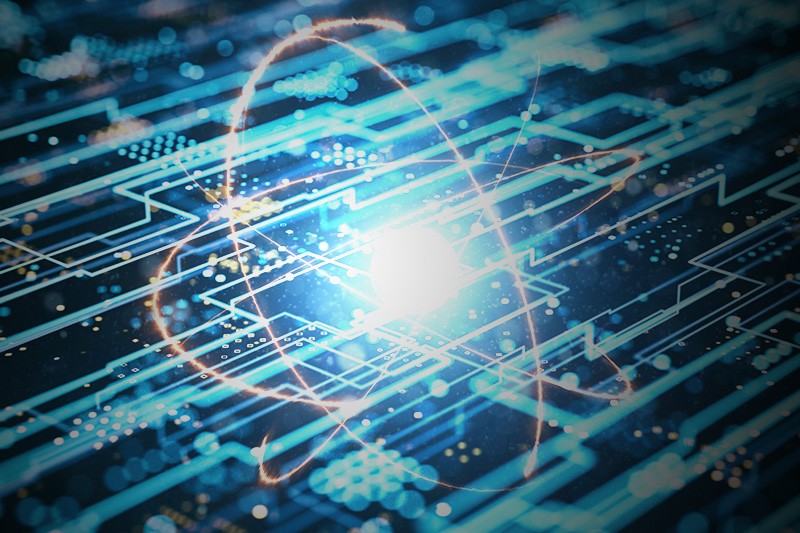 The University of Delaware has joined the Mid-Atlantic Quantum Alliance — a hub for quantum technology research, development, innovation and education that seeks to advance U.S. and regional leadership in the coming quantum revolution.

The alliance, referred to as MQA, involves university, government and industry partners in the region and is organized and being facilitated by the University of Maryland.

In the 20th century, the first quantum revolution produced transistors, computers, lasers, the global positioning system (GPS) and many other technologies that transformed society. For the next wave of innovation, researchers are working to manipulate and control the behavior of atoms and electrons at dimensions at least a million times smaller than the width of a human hair to produce next-generation technologies — powerful quantum computers capable of tackling computing problems that are impossible today, quantum sensors that can detect phenomena at much lower levels than at present, and quantum cryptography methods for impenetrably secure transmission of information, to name only a few.

UD has significant quantum research efforts underway in scope and scale. As just a few examples, UD’s Ilya Safro, associate professor of computer and information science, is leading projects funded by the Defense Advanced Research Projects Agency (DARPA) and the National Science Foundation (NSF) to develop hybrid quantum-classical algorithms that will enable control of quantum devices. Marianna Safronova, professor of physics and astronomy, is co-principal investigator of an NSF Quantum Leap Challenge Institute to develop improved quantum sensors. And Doty himself is leading a major NSF project to advance new photonic quantum device architectures that can be scaled to the large number of quantum bits (qubits) necessary to realize the full potential of quantum computing.

“The Mid-Atlantic Quantum Alliance provides an important networking nucleus,” Doty said. “There are a number of working groups building connections between faculty and industry efforts in the different focus areas of quantum science, which are seeding potential collaborations. There is also significant discussion about the new educational paradigms needed to create the ‘quantum workforce’ needed by industry.”

Current goals of the MQA include: