Here from the Beginning 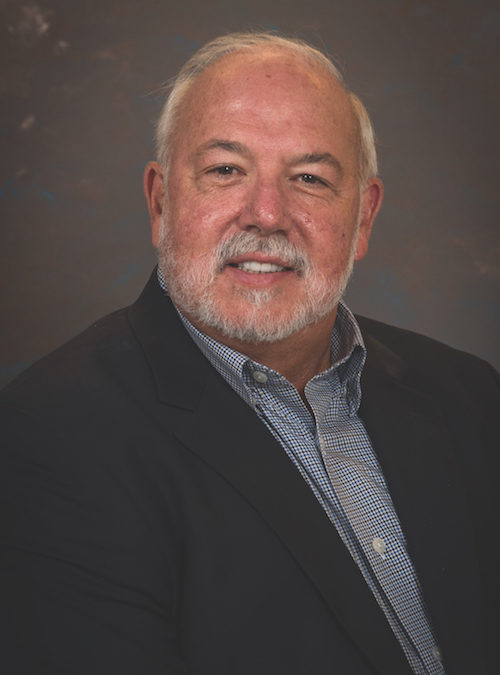 John Rabolt, the founding chair of the materials science department, tells us how he got things started

John Rabolt was classified as a polymer chemist at IBM and had spent 20 years in Silicon Valley when he received a call from Stuart Cooper, dean of the University of Delaware’s College of Engineering.

It was 1996. UD was starting a materials science department, and Cooper wanted Rabolt to head east and spearhead it.

Rabolt had come to Silicon Valley in the ‘70s, when it was dotted with apple orchards. He worked just miles away from Steve Jobs, Steve Wozniak and other icons of the tech industry as they developed the first personal computers.

“I grew up, professionally, in Silicon Valley,” said Rabolt. But he was ready for a change.

Rabolt told Cooper he would only come to Delaware if the College of Engineering was serious about building a materials science department that rivaled the best in the world. Rabolt had a vision for what a 21st century department should look like. He noticed that at many universities, materials science departments operated in silos, with professors concentrating in metals, ceramics, or polymers and competing with—rather than collaborating with—their colleagues. He wanted a more interdisciplinary approach. Step one: Recruit faculty with a foothold in more than one area.

His first five hires came from industries with the best research divisions—DuPont, AT&T, and Exxon. “I thought that was a good bet,” he said. “Those labs were very competitive in those days, with a publish or perish philosophy.”

He looked for team players. During interviews, he told applicants that he had a habit of asking faculty members to help move desks on some days since the department had few staff and was expanding every year. He called it the move-the-desk test. “I could tell when people thought that was beneath them,” a quality that didn’t suit the camaraderie he wanted for this burgeoning department.

Rabolt wanted to build a culture that would make people stay—which worked. He made many key hires that shaped the direction of the materials science department. He recruited current department chair Darrin Pochan as well as deputy dean Kristi Kiick. Only two of the professors he hired have left UD.

“I’m most proud of the faculty I hired,” Rabolt said.

The curriculum is the foundation of any degree program, and Rabolt wanted modern, relevant, comprehensive courses. UD offered materials science courses already, and Rabolt reviewed every single one. He posed the question: “What do we want students to know in the 21st century as a materials scientist?”

The resulting list didn’t just have technical requirements. It also featured soft skills like ethics and entrepreneurship. During his years at IBM, Rabolt learned that these skills are critical to success. Then Rabolt checked every course offering against the list. Some classes were out, and some new ones took their places.

“At that stage, I knew we had something,” he said. The department revisits that wish list of skills every few years.

To this day, Rabolt co-teaches a three-credit course on entrepreneurship for engineers in collaboration with the Alfred Lerner College of Business and Economics. Students learn about the financial, legal, scientific, and engineering issues associated with high-tech startups. Students work in teams on research and development and strategic planning for a new high-tech product.

When you start a new department, recruiting top-quality applicants can also be a challenge. When the fifth student joined, “one of the most promising students,” it was “the beginning of a new generation,” said Rabolt. That superstar student was Jeannie Stephens, who is now an assistant professor in biomedical engineering at UD.

Rabolt has been here all along as UD has added more and more stellar faculty to its roster and attracted talented students from all over the world. The materials science department’s expertise base has grown, and so have its resources. For one, this department’s work with nanoscale IR spectroscopy is among the best in the world.

Much of what Rabolt envisioned has come true—partially thanks to his tenacity.

“I come from the wrong side of the tracks in Brooklyn, and nothing is impossible for us,” he said.

At the University of Delaware, we’re engineering new possibilities all the time.